The Thought Leader is You

10 Aug The Thought Leader is You

Every herd has a thought leader.  Often it’s a grizzled old-timer who’s not going to get riled up about every passing coyote or plastic bag rattling on the barbed wire.

So while the yearlings are tearing around spooked by a passing truck with horse-eating blue tarp monster flapping, the thought leader can be found with half-shut eyes and one ear on the action. 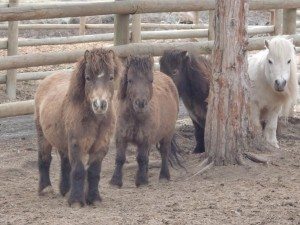 It used to be news media editors who served this function.  They got to decide what was worthy of our full attention.

No more.  The Herd–the “crowd” in crowdsourcing–is gaining as much influence in what stories get told and passed along at the watering hole as traditional news media.

Here are some of the changes social media are forcing on marketing, PR efforts and businesses as a result.

The good news is that organizations can now directly speak with their customers/audiences without the filter of reporters and editors.  No one person can decide whether your story is news or not, or decide not to run it, or change the context with an ill-phrased headline.

Here comes the herd.  Better run with it.

I'm a comms pro who brings the romance and excitement of digital to the old standbys. Like just picking up the phone and calling a reporter after retweeting a story. I cover the waterfront (communications strategy, content marketing, web content, branding, email marketing, more) but don't pretend to be an expert in it all. After work, I'm probably cycling, walking the dogs, chaturanga-ing or watching international soccer or the USWNT. Pet peeve: overuse of the word "passionate" in every business profile you read.