Storytelling to Build Support for a Cause

Moore Creative was retained to publicize an unorthodox environmental stewardship effort through traditional and social media.

The Quilt for Two Rivers brought together 18 prominent Northwest quilters who combined talents on a single work: a 40-foot quilt with Whychus Creek Wild & Scenic River running through each individual segment. The effort was part of an overall $4 million U.S. Forest Service campaign.

The project aimed to 1) strengthen connections to the outdoors by reaching out to new audiences to get them involved in their own “backyard” National Forests, and 2) raise money for river restoration projects.

To generate media coverage and build an online social community around the effort, Merry Ann conceptualized an outreach program based on storytelling, including a blog with guest posts from each quilter, a Facebook “name the quilt” contest, a video, social media news releases, regular Twitter posts, and traditional media relations. A list of 300+ media/social media influencers–bloggers and reporters with an interest in quilting, outdoor recreation, Northwest travel, conservation, native fish, or related topics–was developed. 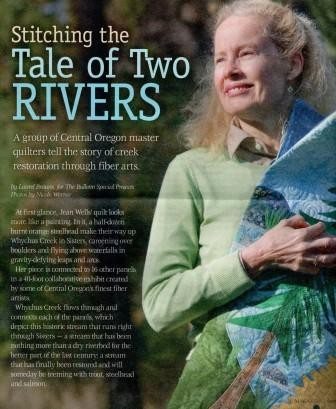 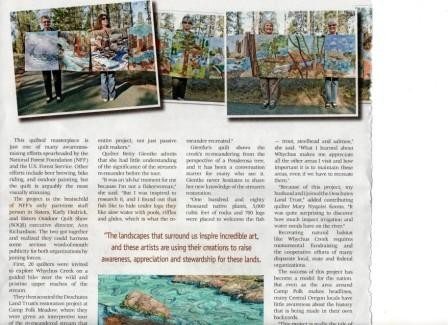 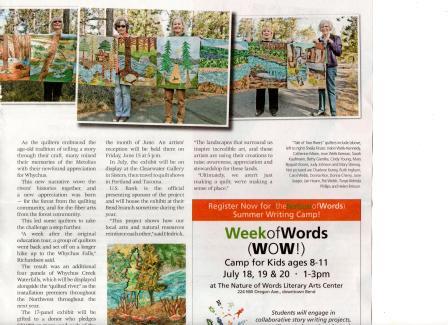 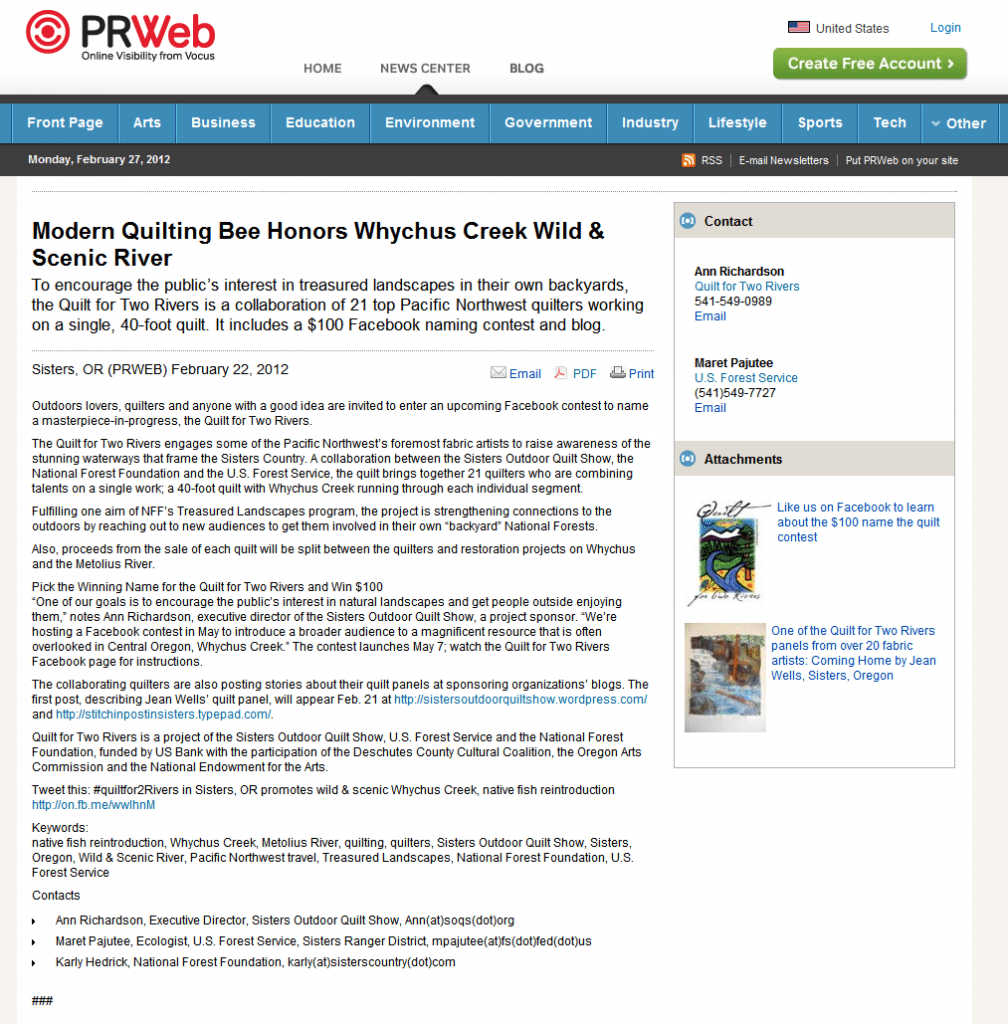 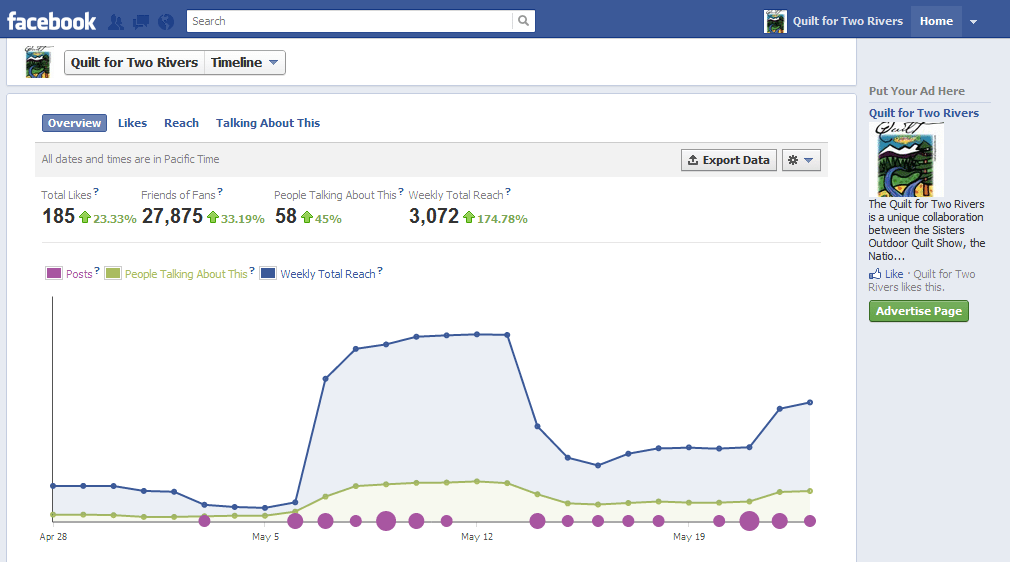 “Merry Ann’s work style and ethic are beyond belief. She clearly articulates her goals and plans for your project and executes them flawlessly. I knew exactly what she was doing, when it was accomplished and what the results were. What a relief to put a project in the hands of someone so capable and talented.”